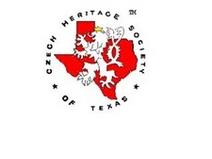 "Czechs, Slovaks in Houston" is a Web site for all the good people who have a relationship with the Czech and Slovak Republics. This is not a formal organization, but rather a group for Czechs and Slovaks in the Houston area who like to get together and talk. Theweb site is in Czech.

Online access to most of the parish registers in the Regional Archives in Opava (North Moravian region) from the second half of the 16th Century to the beginning of the 20th Century can be viewed, saved and printed. Click on the book icons to view images of the archive pages.

The Trebon Archives has made available some vital records online, and more will be added as they are digitized. Click on the center oval "Littera scripta manet". On the left sidebar choose "Parish Registers", then choose "Roman Catholic Church". They are arranged by town/village, and then by types of vital records and the dates for which records are available. Dates they have online depend on what is in the archive. However, all records will be a minimum of 100 years old. Books do not go online until all records in that archive book are 100 yrs old or more.

Brno Archives online records: instructions can be found at this link. The site also includes cadastral maps for the region.

Czech DNA Project, spearheaded by Leo Baca, is designed to tell you, from unique DNA markers, which areas of the world your male and/or female family progenitors populated.

Family Search offers a robust search engine for a number of sources, including abstracts and copies of original death certificate documents.

Houston Public Library catalogs (including the Clayton Genealogical Library) are available online.  This link also offers free, searchable online access to the US Census forms through 1930, using a database called HeritageQuest. To access HeritageQuest, all you need is a Houston Public Library card.  From the above link, type ‘Heritage Quest’ in the Keyword box, and from the “Location” box, choose “HPL Electronic Resources”, then click on “Submit your search”.  You will be taken to a page with a link to “Connect to this database”.  That link will take you to a login screen, where you can enter your last name and library card number.

The Pamatnik Project contains labeled photographs of thousands of Texas Czechs. Published in Rosenberg at the end of World War I, the photos show groups and individuals who contributed to a fund for the independence of Czechoslovakia.

Texas GenWeb Project is a volunteer effort to offer online historical and genealogical information, and contains an amazing amount of information, largely organized by county.

A partial list of Texas Orphan Train Riders is available as a text file on the US GenWeb site. From 1854 to 1929, orphan trains from New York "placed out" 150,000 to 200,000 destitute children. Some trains came to Texas, and some of these children were adopted or taken in by Czech families. During the orphan train trip, children were accompanied by a placing agent. The trains stopped in scheduled locations, and children lined up in front of prospective takers on a platform or at a meeting hall. Families were to provide the children food, clothing, and a living space in return for their help on the farms. It was hoped that the children would become an integral part of the families and be adopted.

"Ceske osady v Americe" (4.9MB pdf) lists every known Czech community in the United States in 1886, with land prices per acre and other expenses, political information, and even a contact name for a Czech immigrant already living in the community. The narrative includes climate, industry, politics, and other information that would be of interest to those in the Czech Lands considering emigration to the USA. Karel Kysilka referred to this booklet as sort of an "Immigrant's Guidebook."

The JewishGen ShtetlSeeker contains information on historical town names and jurisdictions in the 31 countries of Central and Eastern Europe. You can search by town name or latitude and longitude for a location.

CastleGarden.org offers free access to a database of information on 10 million immigrants from 1830 through 1892, the year Ellis Island opened. Over 73 million Americans can trace their ancestors to this early immigration period.

Ellis Island immigration records cover the years from 1892-1924, when more than twenty million people entered the United States. This searchable site offers free access to records and copies of the ships' manifests.

Czech-American TV is a non-profit charitable organization that broadcasts for the Czech-American community. CATV brings information about Czech culture and traditions, genealogy and other important events taking place here in the US that are related to the Czech heritage.

Online Czech Language Course includes a 242-page workbook and 24 online 'tapes' prepared by the US Department of State (1990) for State department employees and families.

Czech Center Museum Houston is a non-profit educational, cultural arts organization located in the Museum District in Houston, Texas. The Center’s mission is to preserve, record, and celebrate the language, scholarship and arts of Bohemia, Moravia, Silesia and Slovakia.

The Center is open to the public for exhibits, concerts, lectures, language courses, weddings, receptions, corporate events, galas, reunions and other activities. Visitors may tour the Czech Center or shop at our Prague International Gift Shop Monday through Saturday from 10 a.m. to 4 p.m.

Getting connected: On-line Message Boards You can browse or search message archives, or 'subscribe' (free) in order to post messages.

Our own TexasCzechs group on Yahoo, a lively, friendly group.

RootsWeb hosts a number of message boards, and also provides free Web page sites for family and organizations' genealogical postings (including the expanded pages of the Harris County Chapter of the Czech Heritage Society -- select 'Harris' from the county listing).

You can browse the various message board archives

If you subscribe to one or more RootsWeb message boards, you can select to receive messages individually, or in digest form (groupings of messages that hopefully will not overwhelm your email InBox). In order to subscribe, send a message to the list in which you are interested (the name of the list is shown below in ALL-CAPS), with the following format:

(these are only a few of the many message boards available):