When I was growing up in Czechoslovakia in the years before 1989, the meaning of Easter (Velikonoce - from Veliké noci, or Great Nights) was limited to the welcoming of Spring. The religious connotations of Easter were suppressed under the communist regime. Nowadays, Czechs are again aware of the religious origin of Easter, but Easter has not become a serious religious holiday.

The hand-painted or otherwise decorated egg (kraslice) is the most recognizable symbol of Czech Easter. Girls decorate Easter eggs to give them to boys on Easter Monday. There are many Easter egg decorating techniques and the more elaborate ones require certain levels of skill. Different materials can be used, such as bee's wax, straw, watercolors, onion peels, picture stickers. There are no limitations to creating pretty, colorful eggs.

Young live pussywillow twigs are thought to bring health and youth to anyone who is whipped by them. An Easterpomlázka (from pomladit or "make younger") is a braided whip made from pussywillow twigs. It has been used for centuries by boys who go caroling on Easter Monday and symbolically whip girls on the legs.

In the past, pomlázka was also used by the farmer's wife to whip the livestock and everyone in the household, including men and children. There would be no Czech Easter without the pomlázka.

The origin of the pomlázka tradition (meaning both the whip and the tradition itself) dates back to pagan times. Its original purpose and symbolic meaning is to chase away illness and bad spirits, and to bring health and youth for the rest of the year to everyone who is whipped with the young pussywillow twigs. Boys would whip girls lightly on the legs and possibly douse them with water, which had a similar symbolic meaning.

Dousing a girl with water has a similar symbolic meaning as the pomlázka.

Red and other bright colors symbolize health, joy, happiness and new life that comes with the Spring.

Children finish school on Ugly Wednesday (Skareda streda), which is a good idea because they need to spend some serious time on making Easter what it should be. In the evening of Green Thursday (Zeleny ctvrtek), every boy in the village equips himself with a wooden rattle (rehtacka), which is specially made for the purpose. The boys form a group and walk through the village, rattling their rattles vigorously, so the noise can be heard from afar. The meaning of the rattling is to chase away Judas. The same procedure repeats on Good Friday (Velky patek) and one more time on White Saturday (Bila sobota), when the boys don't only walk through the village, but stop at every house in the morning and rattle until they're given money, which they then split among themselves. 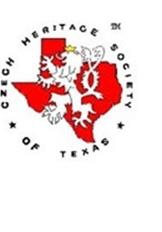 Czech Christmas dinner (December 24) is connected with a great number of different customs, rules and superstitions. Very few of them are still observed today, and for good reason. It must have been quite a challenge to put the dinner together and go through with it without a mistake if all the customs were to be followed!